While Joshua Slocum is famous among mariners as the first person to sail alone around the world, it is not as well known that he also led the first American commercial salmon fishing expedition to Cook Inlet, in 1871. Fishing off the Kasilof River with double ended Columbia River sailing dories, which later evolved into the famed Bristol Bay double-ender, Slocum and his crew gillnetted salmon, survived shipwreck, and visited Kodiak on the way home to San Francisco.

Slocum was born in 1844 in a little town in Nova Scotia and apparently deciding early on that work in his father’s small boot making operation was not for him, ran away to sea when he was fourteen. Determined, ambitious, and intelligent, he worked as a cabin boy on a Canadian fishing schooner, crossed the Atlantic to Dublin as an ordinary seaman, and sailed out into the wide world from Liverpool. Before he was twenty-one he had sailed twice around Cape Horn, crossed the Pacific to California, and risen to Chief Mate on vessels delivering coal from Australia to San Francisco.

In 1865 he came ashore in San Francisco, become an American citizen and headed north to the Columbia River to gillnet for salmon. At some point he became master of a schooner carrying freight and lumber between San Francisco and Puget Sound and in 1870, at the age of 26, was given command of the 332 ton barque Washington at San Francisco. His orders were to deliver general cargo to Sydney and return home via the salmon grounds in Alaska.

Sailing from Australia to California by way of Alaska might at first seem bizarre, given that the Washington’s owners were in the business of profit, not exploration. But given Slocum’s salmon fishing experience on the Columbia, and the recent 1867 purchase of Alaska by the United States, it is likely that Slocum believed there was money to be made catching and delivering Alaskan salmon to San Francisco, and somehow he convinced the ship’s owners to back the venture.

There had long been a market for Alaskan salted salmon in California. The Russian American Company had been shipping salmon to San Francisco for decades, along with sea otter furs and even ice to cool gold miner’s drinks, from the lake on Woody Island, near Kodiak. But the world had changed since the Russians had colonized Alaska in the 1780s, and while the Americans were building the first west coast salmon cannery on the Sacramento River in California in 1864, and the first Columbia River cannery in 1866, the Russians lacked both canning technology expertise and the capital to use it in Alaska. By 1867, with the sea otters nearly extinct, and unable to efficiently exploit their Alaska salmon runs, they sold out.  Alaskan salmon became American salmon, and the recognition of the opportunity those salmon runs presented began to percolate though the west coast American salmon industry.

With this new economic reality in mind, Slocum’s plan was for the Washington to deliver its load of general cargo to Sydney, take on lumber and hemp there, and then sail for Alaska to catch salmon. On the way the crew would use the wood and hemp to build a small fleet of Columbia River dories and hang gillnets. 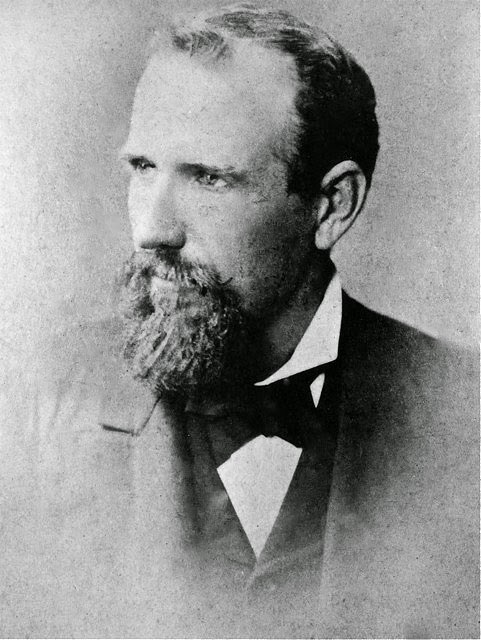 The Washington sailed into Sydney Harbor near the end of December 1870. While the cargo was unloaded and the materials for the Alaskan venture procured, Slocum strode confidently into Sydney society.

At a local Christmas party he met Virginia Walker, the twenty one year old daughter of an American businessman who had emigrated with his family from New York to California in 1849, and eventually to Australia. Slocum courted Virginia for a month and married her on January 31st. The Washington set sail for Alaska soon after with Virginia and her twelve year old brother on board. What her parents thought about this turn of events is unrecorded, but Virginia would sail with Joshua for the next thirteen years, delivering seven children at sea and in various exotic ports.

The Washington made the 9,000 mile passage from Sydney to Cook Inlet in 49 days, anchoring off the Kasilof River in the late spring of 1871. Slocum immediately directed the construction of a fishing camp onshore and soon after he and the crew began catching and salting salmon. At one point Virginia nearly shot her new husband when he returned to camp at night from a visit to a nearby native village. She heard someone approaching her tent and cocked a rifle at the door flap, demanding the intruder identify himself. Slocum called out and she put the gun down, and according to their son Victor, they laughed about it for years afterwards.

The fishing was good but in July a strong westerly storm blew up, which grounded the Washington on Kasilof reef. No lives were lost but the ship was wrecked. While the crew continued to fish, Slocum directed the construction of a smaller vessel from the timbers of the Washington. In August, with fall coming on and the salmon run diminishing, Slocum, his wife, her young brother, and most the crew sailed the newly built vessel to Kodiak.  In Kodiak, Slocum hired a vessel to sail back to Kasilof to pick up the salted fish and the caretaking crewmembers. A few weeks later the entire party and their summer’s harvest of salmon sailed from Kodiak to San Francisco on board the Czarevitch, a Russian American Commercial company ship.

Despite the loss of the Washington, but apparently impressed with Slocum’s initiative and ingenuity on the voyage, the ships owners gave Slocum a new command, the Constitution, which Slocum sailed between the West Coast, Hawaii, and Mexico. Slocum went on to a long career as a sailing captain, with Virginia and their growing family sailing with him until Virginia died of fever on board the Aquidneck in Brazil in 1884.

Two years later Slocum married his cousin Henrietta, who like Virginia, accompanied her husband on the Aquidneck. Over the next two years, Henrietta endured a hurricane, a cholera epidemic, an attack by pirates, an outbreak of smallpox among the crew, shipwreck on the coast of Brazil and a 5,500 mile voyage back to the United States in a thirty five foot boat Slocum built with materials salvaged from the Aquidneck. They arrived safely in South Carolina, but Henrietta was done with the sea.

Slocum continued to sail cargo vessels around the world, without a wife aboard, but as steamships replaced sailing ships, he became an anachronism and found himself ashore, unemployed at the age of forty eight. In 1892 a friend offered him a half rotten 40 foot Chesapeake Bay oyster boat “in need of some work,” in Fairhaven Massachusetts. Slocum rebuilt the boat and keeping its original name, the Spray, departed from Halifax, Nova Scotia in July 1895. Sailing west, he endured storms, loneliness and attacks by Tierra Fuegian savages before arriving back in Rhode Island in June 1898, the first person to sail alone around the world.

Besides sailing, Slocum also had a talent for writing, and his account of the circumnavigation, "Sailing Alone Around the World," was an immediate success. Noting the high dose of adventure in the book, one reviewer wrote that "boys who do not like this book ought to be drowned at once." The book also made him an instant celebrity, and gained him dinner invitations from Theodore Roosevelt and Mark Twain, among others. Land was not for him however, and in November 1909 he set sail alone again, this time for the Amazon, intending to sail up the river on a voyage of discovery. He never arrived at his intended first landfall in the West Indies. His friends believed he had been run over by a steamship, but the mystery of his disappearance has never been solved. Slocum and the Spray were never seen again.

The first Alaskan salmon cannery was at Klawock in 1878, and the Alaskan salmon industry still thrives. That Joshua Slocum played a small part in its beginnings, and that he once walked the streets of Kodiak with his young wife Virginia is remarkable. Virginia often talked about the beauty of Cook Inlet and Kodiak and vowed to return someday, but as far as is known, neither she nor Slocum ever saw Alaska again.